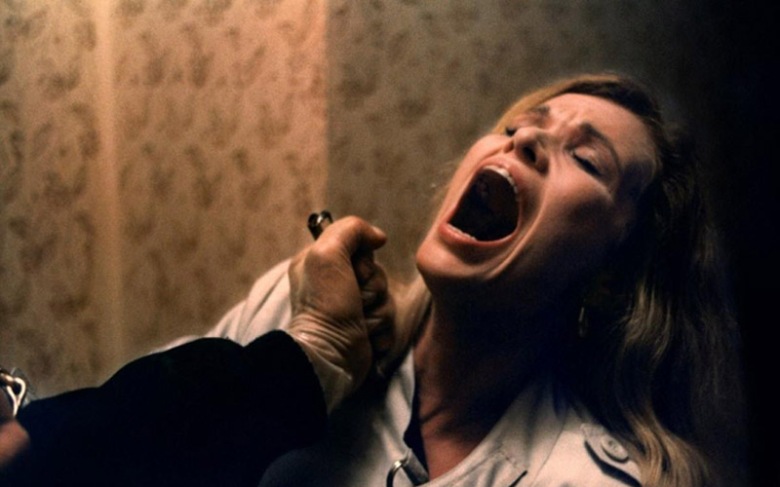 Lucio Fulci the godfather of Italian splatter films, slips on his own blade. Detective Fred Williams (Jack Hedley) and shrink Dr. Paul Davis (Paolo Malco) swap brain cells and theories in search of a psychopath rattling the Big Apple to its very core. The Ripper is a specially bold and sadistic killer carving hookers up like so many Christmas turkeys in public places and in broad daylight. So far, so good. Right? Wrong.

Fulchi cuts his own throat by outfitting his crazy with an inexplicable quirk. He talks like…get this…Donald Duck! I wish I was making this stuff up but sadly, I am not. It’s impossible to hold back the snickers as The Ripper calls Detective Williams taunting him in the voice of that adorable Disney grouch. Not the effect Fulci was going for, I would think.

Provided gorehounds can overlook the ludicrous speech impediment, they can binge on Fulchi’s trademark graphic carnage. A notably nasty scene has The Ripper slashing a woman’s eyeball with a razor blade right before he slices her open from stomach to throat. Ultra feminists might wanna rent Thelma And Louise instead.