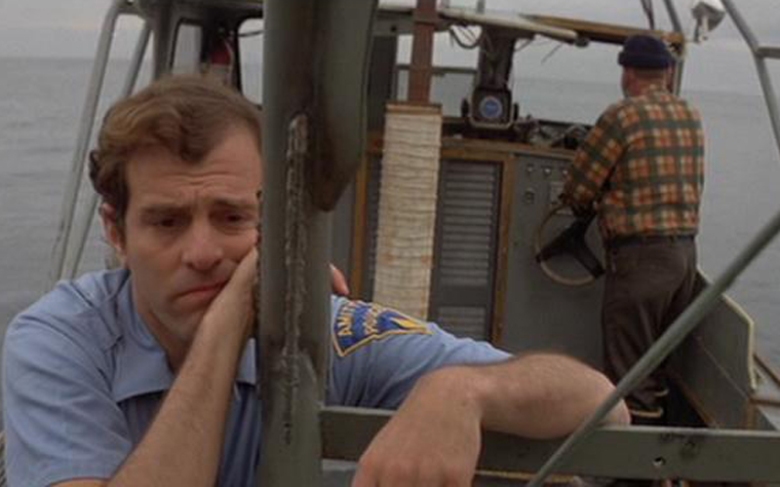 When we last left the Jaws franchise, a virtual unknown named Steven Spielberg had built a magnificent foundation for what could be an outstanding horror franchise but from what we are about to see things went bad very, very quickly. All of his hard work got harpooned…in the forehead. Things went so poorly for the franchise Hollywood hasn’t made a new Jaws movie since 1987.

Released three years after Spielberg’s masterpiece, Jaws 2 is like an awful tuna salad. The salad is drowning in mayonnaise that has the texture of The Blob. There is far too much red onion and garlic, the tuna smells bad and the celery has gone all soggy. 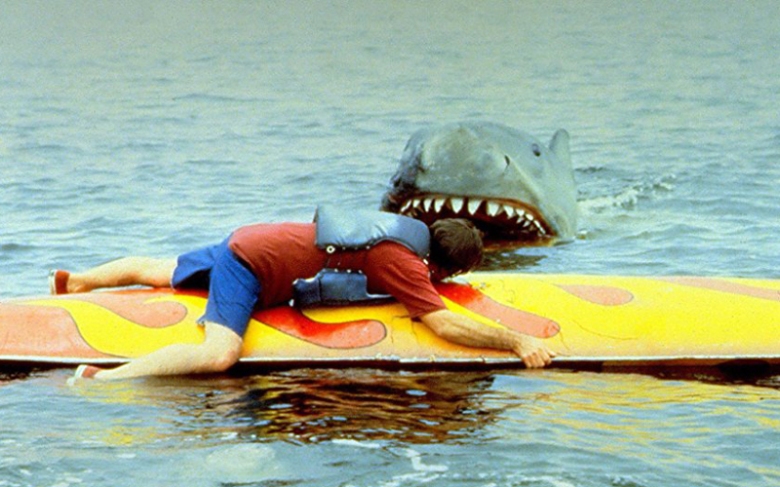 Police Chief Martin Brody (Roy Scheider) and all of his wallpaper paste family return for another summer of fun, sun and another insensitive representation of great white sharks.

More of a slasher movie than a monster movie, the sequel is infested with seventies teenagers so they all have bad haircuts, even worse fashion sense dressing like The Osmonds or The Bay City Rollers and blabber things like “Get down!”, “Right on!” and “Groovy”. Except for Brody’s son Mike (Mark Gruner), the rest are all a bunch of forgettable chumps, squares and dorks except for the girl who screams a lot and Mike’s annoying kid brother, Sean (Marc Gilpin), who you hope against all hope will be swallowed up whole.

When we are not witnessing dopey adolescent shenanigans we are stuck with a paranoid Chief Brody who is seeing great white fins in his Cheerios. Although Brody is right about another predator circling Amity Island, his screwball behaviour which includes evacuating a busy public beach by unloading his revolver into a sandbar, gets him fired and so he gets very, very, very drunk.

After we sit through a slew of A Day at the Beach montages, Brody sobers up long enough to come to the rescue of the teens who through a series of unfortunate events which can only happen in movies, are treading water in the middle of the ocean while Jaws 2.0 ponders which to eat for breakfast, lunch and dinner.

The film became famous for three scenes: the ending, the outrageous helicopter segment and the most hysterical accident in movie history. While a woman named Diane is being attacked by Jaws 2.0, she fumbles around, mistakenly drenching herself in gasoline then fires a flare at the beast, misses it, hits the boat lighting herself and the boat on fire. Seconds later, the boat explodes into a million fiery pieces. 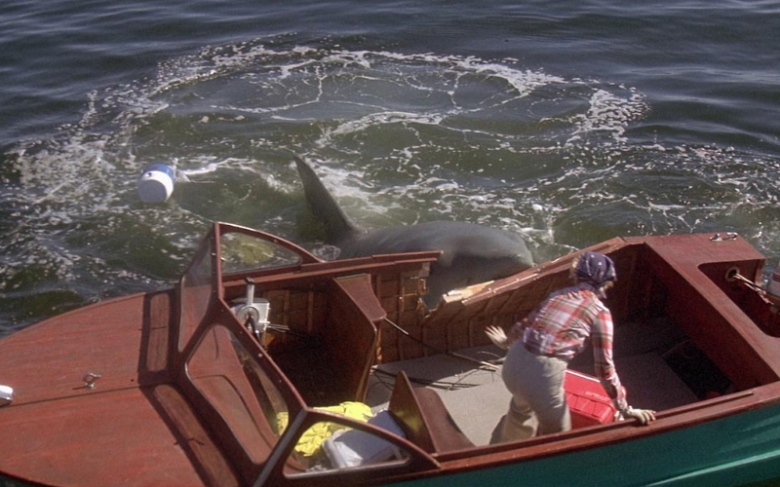 If you are looking for the backstory of Jaws 2.0, you will be disappointed just as you might be with the rest of this sequel. The filmmakers never explain where the shark came from and why it is intent on avenging its predecessor. The only clue is in the Hank Searls novelization which portrays Jaws 2.0 as the female mate of the original shark. Could this be the start of a family feud? You will have to wait until Jaws: The Revenge for the answer to that and many other questions.