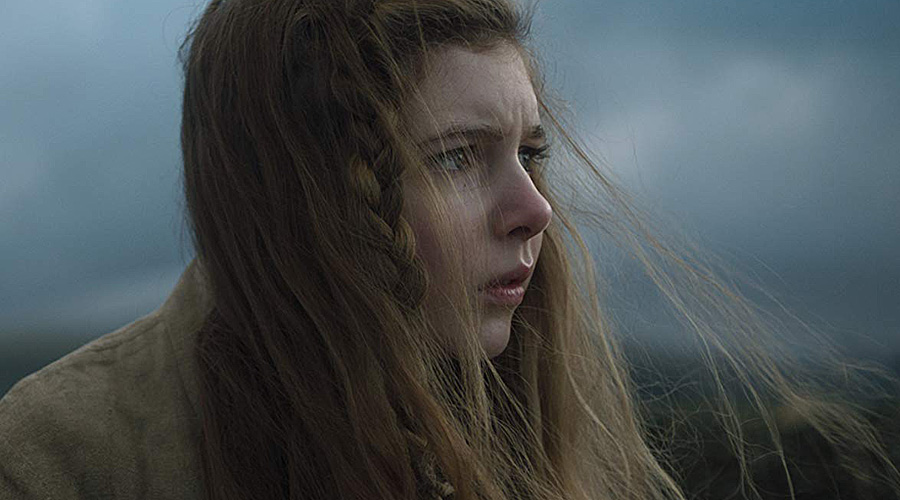 The digital age is the perfect breeding ground for the current folk horror renaissance bringing us such films as Midsommar, The Shrine and The Ritual . The technological boom has dislocated us city slickers from our urban roots. Rustic life is a mystery.

Those communities who live off the land, grow their own food, don’t have cable television and think Twitter is something only birds do, has us bewildered and befuddled, even though we are thankful for the food they put on our tables. Their simple, uncomplicated yet completely satisfying way of life is baffling to us in so many ways. In the dark recesses of our minds, is a strange place where strange things can and possibly do happen.

Even it was nominated for a BAFTA and was a solid debut for writer-director William McGregor, who lensed episodes of one of my favourite television series Misfits, I just couldn’t relate to Gwen on any kind of primary level. I was raised by a single mother so it wasn’t that kind of family life or the inherit struggles that I couldn’t appreciate. I lived that life. I know it and everything that comes with it well. It was the supernatural elements that I couldn’t wrap my head around.

Gwen (Eleanor Worthington-Cox) of the title lives with her mother and younger sister in 19th Century Snowdonia, a small farming community in North Wales. In those barren hills myths, folklore are the Wikipedia of today. The townsfolk are ruled by superstition. The local doctor (Kobna Holdbrook-Smith as Doctor Wren) still relies on tonic wine to help Gwen’s mother (Maxine Peake as Elen) with her illness and seizures, for instance. The Welsh landscape is both beautiful and rugged, reflecting the people who live there.

Muddling matters for the hard-working family is the tried and true plot of a crooked mining company trying to force them to sell their land and the fact that Elen is not just sick but acting mighty strange here and there.

Gwen is the glue keeping the family together, stepping in when her mother can’t carry the daily load of chores, farm work, looking after her little sister and cooking meals for everyone.

As you might expect things take an odd turn when Gwen spies a figure lurking in the darkness outside their house. Later, someone nails an animal’s heart to their front door while they are attending church. So much for “love thy neighbour”, eh?

Things continue to spiral out of control with Gwen trying desperately to keep the ship on course before it hits that iceberg, which we know it will.

Truth be told, I just cannot warm up to the Folk Horror movement. It is rare that films like The Ritual resonate with me. I can say the same for supernatural horror. Unless it is Asian or J-Horror, I just cannot connect to it.

On every level Gwen is technically well done. Eleanor Worthington-Cox carries the entire production giving a sympathetic yet dauntless performance as Gwen. Although the entire cast is equally as good, Worthington-Cox carries the film on her shoulders and is up to the task of doing do. I just cannot make that leap in logic or suspend my disbelief to allow the magic to happen, to allow the film to lure me in. The will to resist is just too strong with this one.

If folk horror is your thing though Gwen is definitely worth a look as you will certainly get more out of it than I did. I enjoyed it. It just didn’t connect with this admitted slave to technology.