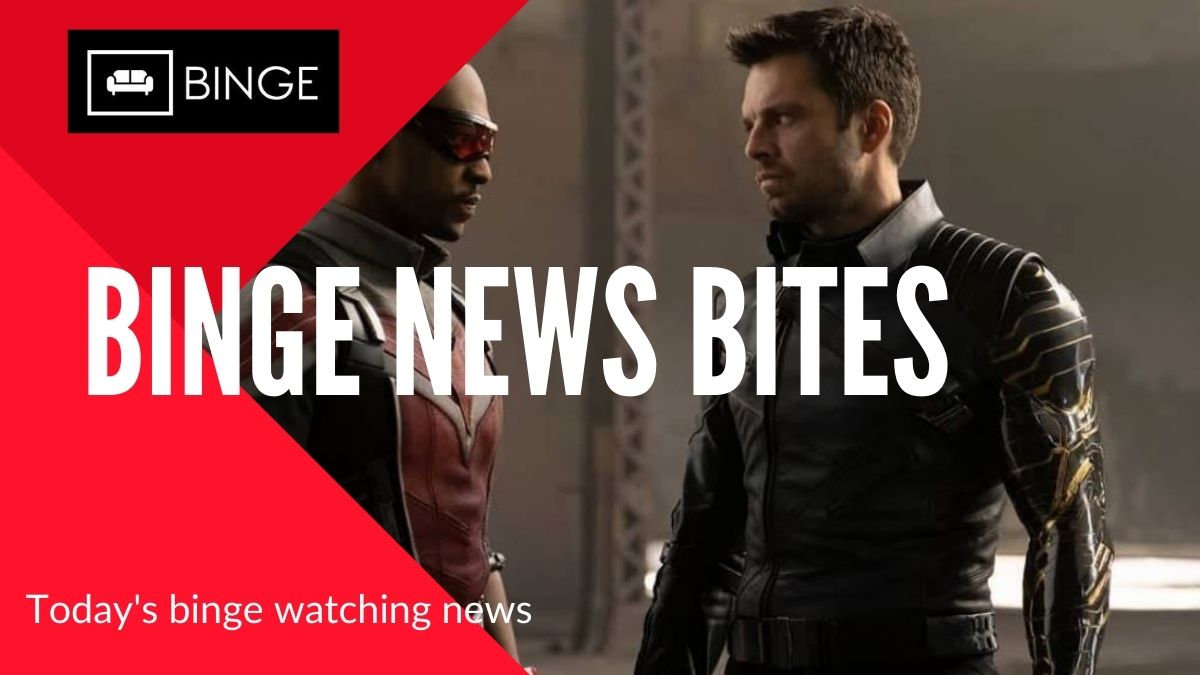 Anya Taylor-Joy told Deadline about the affect that the Queen’s Gambit has had on her career: “It’s been really strange as I’ve been sheltered from all of that because of the nature of the time we’re living in. I understand on a cerebral level, but on a physical level, I’ve been quite calm. What makes me the happiest is that every year I spend working, I fall more in love with what I do, and I’m more certain that I’m doing what I’m supposed to be doing, and it’s just where I want to be. I think there was a part of me, especially from what other people were saying around me like ‘if you keep working this way, you’re going to burn out, you’re going to become jaded, you’re really not going to love what you do anymore,’ and I see it as the opposite. I’m getting more fascinated with what I do, I’m getting more excited to push boundaries, and I want to test myself more.”

Amazon is making Jenny Han’s YA series The Summer I Turned Pretty into a series. You can read the news here.

Apple Plus is teaming with the Jane Goodall Institute on a new children’s series. In Jane, Jane Garcia is a 10-year-old girl who in her imaginary adventures protects an endangered species in each episode. You can read more here.

Here is the new trailer for Disney+’s The Falcon and the Winter Soldier. The series debuts on March 19th.

HBO Max debuted the official trailer and key art today for the Max Original, The Bridge. All six episodes of the reality competition series will premiere February 11th on HBO Max. In show, twelve strangers from across the United States, United Kingdom and Ireland, who set out for a cabin nestled deep within the British wilderness with no knowledge of what they’ll be doing – only that £100,000 is at stake. This reality competition series places a massive cash prize on an island in the middle of a lake – but to reach the money, contestants must construct an 850-foot bridge with their bare hands and limited supplies. Given only 20 days to complete this gargantuan task, the competitors must figure out how to work together, though only one can take home the prize.

HBO Max has released a trailer for Beartown. Based on executive producer and #1 New York Times bestseller Fredrik Backman’s novel of the same name, the series is a five-episode Swedish-language limited drama series from HBO Europe and debuts February 22nd on HBO and will be available to stream on HBO Max.

Beartown centers on a floundering community in Sweden that places its dreams of revitalization on the teenage shoulders of its junior ice hockey team. Boosted by their new professional-athlete-turned-coach Peter (Ulf Stenberg) and rising star Kevin (Oliver Dufåker), the boys finally have a shot at securing a national title – until a violent act threatens to destroy Beartown entirely. Chilling and honest, the series explores family trauma, teenage romance, truths and lies, actions and consequences, and ultimately, the courage it takes to go against the group and stand up for justice.

Episode 1
Debut Date: MONDAY, FEBRUARY 22 (9:00-10:00 p.m. ET/PT)
On a mission to rejuvenate the struggling community’s ice hockey program, recently retired pro player Peter Andersson (Ulf Stenberg) relocates his family to Beartown for a fresh start. But when the elite squad he was promised proves to be anything but, Peter switches his focus to the junior team, aggravating local tensions and reigniting his troubled past with star player Kevin Erdahl’s (Oliver Dufåker) father, Mats (Tobias Zilliacus).
Written by Anders Weidemann, Antonia Pyk, and Linn Gottfridsson; Directed by Peter Grönlund

Episode 2
Debut Date: MONDAY, MARCH 1 (9:00-10:00 p.m. ET/PT)
With the financial future of the arena at stake, Peter (Ulf Stenberg) does everything he can to coach his juniors to a semi-final win. Facing pressure from everyone in town to perform, Kevin (Oliver Dufåker) turns to the only person who expects nothing from him: Maya (Miriam Ingrid). Later, a celebratory evening goes awry after a horrific act of violence occurs.
Written by Anders Weidemann, Antonia Pyk, and Linn Gottfridsson; Directed by Peter Grönlund

Episode 3
Debut Date: MONDAY, MARCH 8 (9:00-10:00 p.m. ET/PT)
With the finals rapidly approaching, Peter (Ulf Stenberg) pushes his team and coaching staff to their limits. Meanwhile, as Maya (Miriam Ingrid) attempts to work through the assault, Kevin (Oliver Dufåker) does everything he can to forget. Later, Peter must choose between his family and the big game.
Written by Anders Weidemann, Antonia Pyk, and Linn Gottfridsson; Directed by Peter Grönlund

Episode 4
Debut Date: MONDAY, MARCH 15 (9:00-10:00 p.m. ET/PT)
While Maya (Miriam Ingrid) and Kevin (Oliver Dufåker) provide their statements to the police, the junior team is forced to take on the final without their coach and star player. Meanwhile, news of the allegation threatens to tear Beartown apart, and later, Amat (Najdat Rustom) grapples with a loaded offer.
Written by Linn Gottfridsson and Antonia Pyk; Directed by Peter Grönlund

There is a new six-part HBO Sports Documentary series coming. 100 Foot Wave captures the decade-long odyssey of surfing pioneer Garrett McNamara, who, after visiting Nazaré, Portugal in hopes of conquering a 100-foot wave, pushed the sport to ever-greater heights and alongside locals helped transform the small fishing village into the world’s preeminent big-wave surfing destination.

The series will premiere this spring on HBO and be available to stream on HBO Max.  ­HBO described the series as: “After being recruited by a band of Nazaré locals who hoped to see if the dangerous swells they had observed their entire lives were surfable, McNamara – the Guinness World Record holder for the largest wave ever surfed for eight years – and his wife, Nicole, traveled to the remote city in 2010 to pursue the monster waves. Standing atop the city’s abandoned 500-year-old lighthouse, they witnessed surf more dangerous than any they had ever seen, and a possible answer to Garrett’s lifelong quest to ride a 100-foot wave. In the years to come, their journey helped attract the most fearless big-wave surfers to Nazaré and helped solidify it as the marquee destination in the sport.”

Top Photo: Anthony Mackie and Sebastian Stan in The Falcon and the Winter Soldier (2021).