In his directorial debut, horror writer Clive Barker revamps his Hellbound Heart novella into a feature film. As bloody as the inside of a slaughter house, Hellraiser made Cenobite head honcho Pinhead and the actor who portrays him, Doug Bradley, into cult film icons. Not much is revealed about Pinhead’s origin in this the first film in the series, only that he is the Machiavellian, merciless, sadistic leader of the Cenobite demons.

An ancient puzzle box (The Lament Configuration) — similar to a Rubik’s cube — falls into human hands. Once the riddle of the box is solved, hideous demons from hell pass through a dimensional rift to claim human souls. 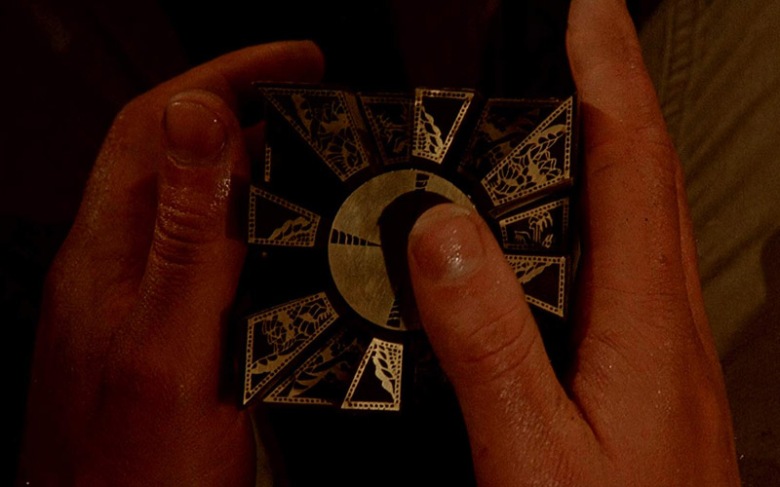 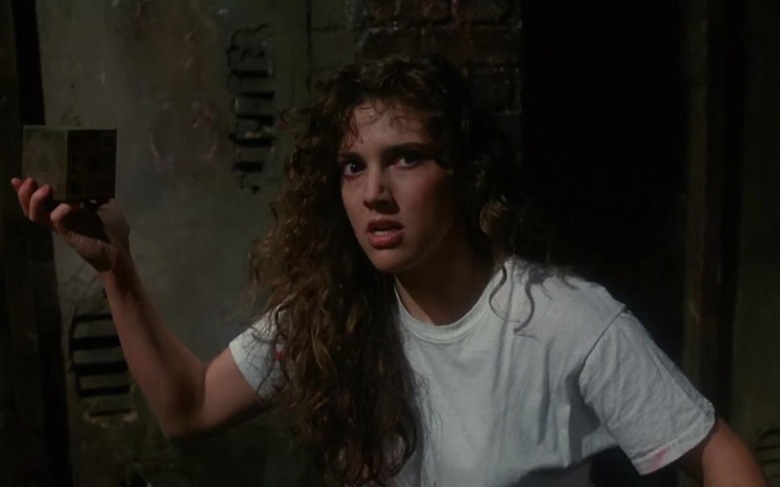 The uncompromising graphic subject matter is accented by explicit gore and sexual overtones. Bob Keen’s special effects, especially Frank’s regeneration and the design of all the Cenobites are masterworks. Christopher Young’s commanding score is nothing short of a marvel.

Hellraiser was followed by nine sequels but none of them really captured the unearthly creepiness of the original as the Cenobites stepped out of the shadows and into the light gaining more screen time and becoming less and less of a sinister presence. Compared to other horror film franchises, Hellraiser rates at the top when it comes to overall quality with most of the sequels being fairly decent even if the Cenobites serve as only linchpins for stories that don’t really give their mythology the attention it deserves.

Lots of female and male nudity.

Pinhead: The box, you opened it, we came.
Pinhead: We have such sights to show you.
Frank: Jesus wept.
A merchant: What’s your pleasure, sir?
Pinhead: Oh, no tears, please. It’s a waste of good suffering.
Kirsty Cotton: Go to hell!
Pinhead: We’ll tear your soul apart!