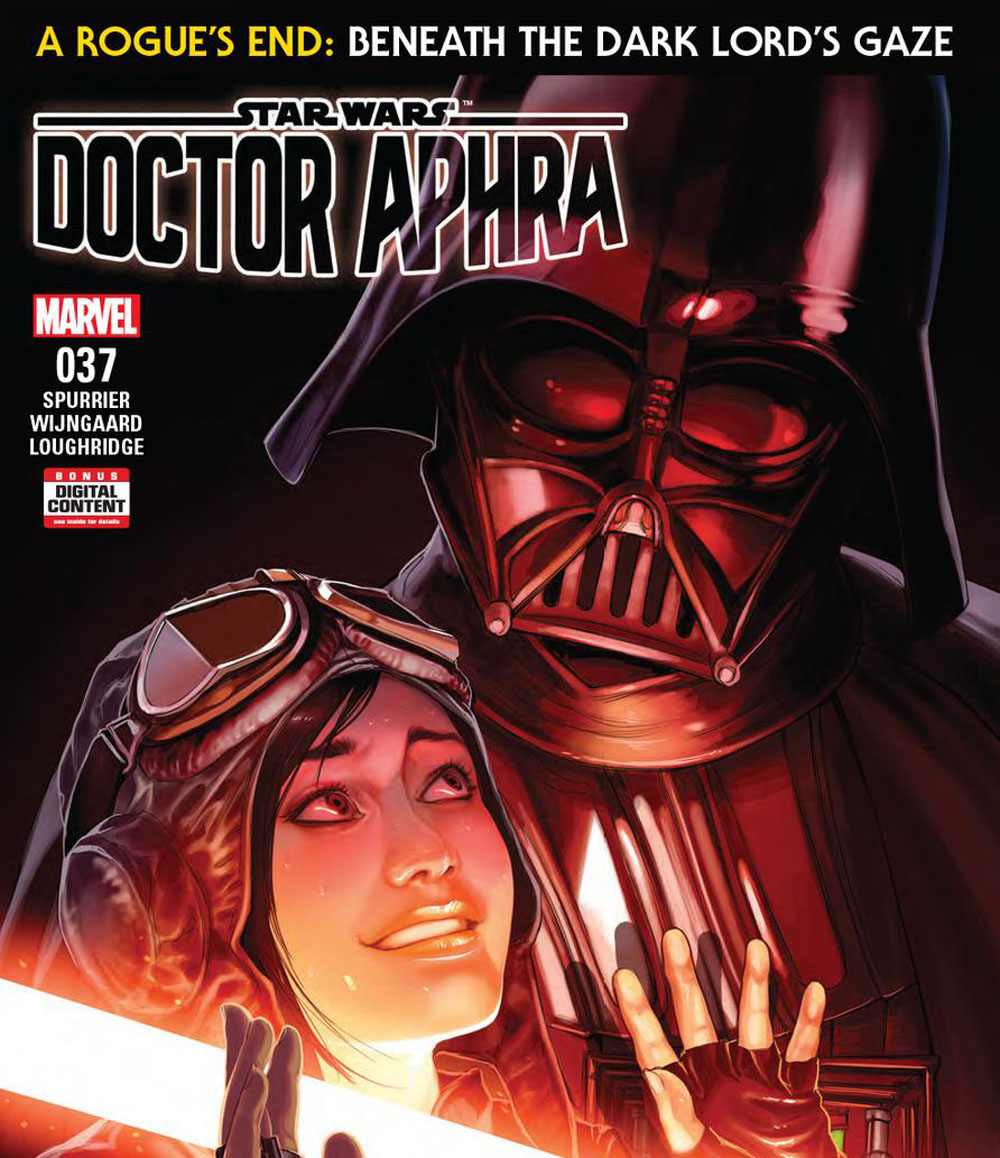 We are watching The Mandalorian. We know there is an Obi-Wan Kenobi series, a Star Wars kid’s gameshow and a new season of Star Wars: Clone Wars coming to Disney+.

What fans may not know is that Disney is also be working on a Doctor Aphra Star Wars series.

Jason Ward, the editor of Making Star Wars, who revealed of the news of Baby Yoda starring in The Mandalorian long before the series aired, told Inverse that an Aphra series is in development.

“I’m hearing it’s a Lucasfilm-Marvel venture with both companies teaming up to bring a Star Wars show to the small screen,” he said going on to confirm the show is in fact Doctor Aphra.

Who is Doctor Aphra? She is a prominent character from the Marvel Star Wars comics. She first appeared in the Darth Vader comics where he employed her as a lackey. Vader attempted to kill the archaeologist/space pirate to silence her when he had no further use for her. Aphra escaped death and Vader thus far is none the wiser thinking she has been scattered to the four winds.

Similar to Han Solo except she is pretty much morally bankrupt, Aphra is an anti-hero who here and there does good deeds for others.

In 2016, she received her own on-going series where she is on the run, trying to keep her existence a secret from Vader.